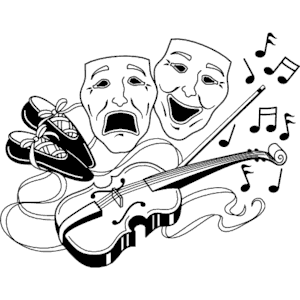 No Performances planned at present

Many of you came to see the Sockbridge and Tirril Entertainment Group in their production of Red Riding Hood, we hope you all enjoyed it. With performances over two nights, the actual on stage time was a small percentage of the hours spent getting ready, so prepare to go behind the scenes, just a little bit. Casting was the first task, producer Hillary Kendal tackled this, then rehearsals started. Costumes were found from boxes of random clothing kept for the purpose; those that couldn’t be found were made. Ann Bowns put together some beautiful animal masks and tails, the younger members of the cast had great fun running around wearing their masks and tweaking each other’s furry tails. Ann made sure they were very firmly pinned on! Derek Pierce played the keyboard and taught everyone the songs, while June Heslop took charge of painting the scenery once the stage was up. On the night more helpers were needed: to man the door for tickets and raffle, to produce wine, tea and coffee in the interval and to wash up afterwards. The performances were great fun, colourful costumes, singing by all, dancing by the younger members of the cast, and who could forget Theo Weston’s quaking Pinocchio as a ‘victim’ of the knife throwing act, or Colin Jackson pleading for acclaim from the audience so that he gets more lines next time. The younger members of the cast took the more prominent roles of the panto and threw themselves into their parts; one of them had the added nerve wracking task of singing a line solo. Well done Rose! Congratulations everyone.